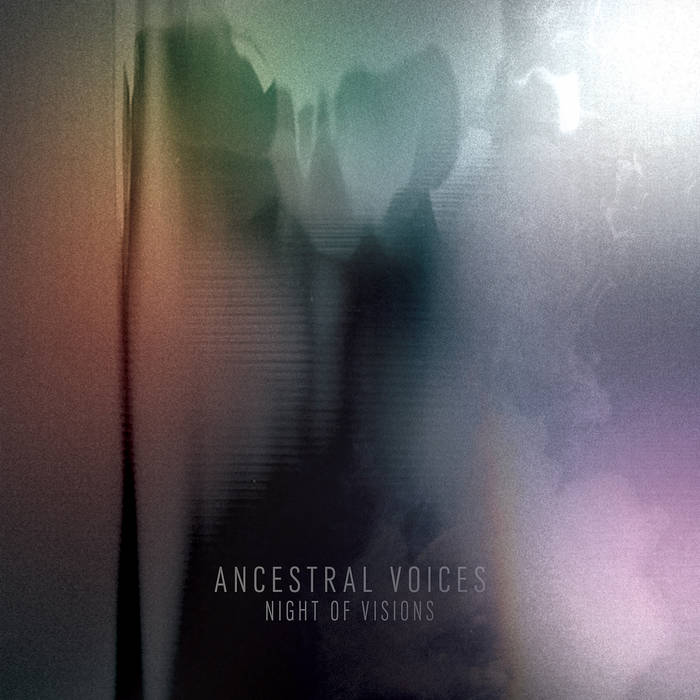 GodIsNoLongerADj My view of the album:

Nic Brown Liam Blackburn, the man behind the Ancestral Voices moniker, has often seemed like a pretty gifted producer searching for a genre that would best suit his undoubted talent. He's given techno, ambient and IDM a whirl but kept returning to drum & bass in one form another, culminating in last year's "Night of Visions", a generally well received album and one of the last on Samurai Horo before the parent imprint decided to merge its offshoots. It was a lengthy affair that swung from washes of doom-laden ambience to full bore 170bpm meltdowns with effortless dexterity. His latest EP "Old Earth Voodoo", is, in the opinion of this aging d&b fanatic, a far more satisfying affair. The track tempos have been slowed down dramatically to a soporific-sounding 85bpm, but take it from me, the tunes themselves are teeming with the sort of dubbed up incandescence that would have a dance floor heaving were an enterprising DJ to drop one into his set. If "Old Earth Voodoo" is an indication of where Ancestral Voices are headed next, goodies aplenty lie in store. And for god's sake someone introduce Liam Blackburn to Kevin Martin: an Ancestral Voices / The Bug collaboration would have the potential to ... well, just use your imagination. Favorite track: The Feathered Serpent.

c²³ There's a murky mystical vibe to this entire album that made this stand out. I am liking the new direction Ancestral Voices is headed in. Favorite track: Ritual Terre.

The birth of Ancestral Voices represents a new path for an established and highly respected producer. Liam Blackburn carved out a singular musical voice as Indigo, and also more recently as half of acclaimed duo Akkord. Inevitably a new approach to creating music has developed into a new identity: seeping with textures, loaded with a taut energy that whispers tales of shamanism and transformative life experiences. Stripping back an already unique creative process proved a challenge that has paid off, and Blackburn's evolving sound has no immediate sonic comparison. With distinct resonances of his musical heritage flowing through a more mature filter, there is a mystical atmosphere that resounds through the LP as you hear Ancestral Voices emerge triumphantly into the world. The Ancestral Voices debut LP is an insight into a subconscious journey; fully formed as one accomplished 'Night Of Visions'.

Bandcamp Daily  your guide to the world of Bandcamp

New sounds from Mavi, Ivy Sole & Moderator, plus AJ, the One joins the show, for her latest release